In the 1990s, Shigeru Ban discovered that the recyclable cardboard structures he was experimenting with could have greater uses. During Rwanda’s civil war in 1994, more than two million refugees sought shelter in UN camps. Camps that Shigeru Ban said were flawed in many ways and had a major impact on the surrounding area. He therefore suggested using cardboard tubes to build the shelters. This turned out to be much cheaper than the aluminium and plastic provided by the UN, and the environmental impact was much less.

It is during this period that Shigeru Ban became very aware of his social duty as an architect. Although on the one hand he is known for magnificent prestige projects like the Centre Pompidou in Metz, the Swatch & Omega Campus in Biel (Switzerland) or the Japanese pavilion at the World Expo in Hanover, the engaging sixty-something wants to engage just as well for less wealthy clients. He also does pioneering unpaid work for the Voluntary Architects Network, an NGO that aims to provide dignified (temporary) shelter to victims in disaster areas.

With little time and hardly any budget ,Shigeru Ban manages to achieve results in these emergency areas every time that are hardly inferior to his better-known big projects. At the same time, he does not lose sight of themes such as sustainability and recyclability. In 1995, for example, he built fifty cardboard shelters for the victims of the devastating earthquake in Kobe, Japan. Moreover, he and his students built a church out of cardboard in five weeks. It was supposed to serve for 3 years, but it ended up staying up for more than 10 years. Then it was demolished and rebuilt in Taiwan, where an earthquake had also wreaked havoc at the time.

In the years that followed, Shigeru Ban built shelters in Turkey, Sri Lanka, Haiti and China, among others. After the L’Aquila earthquake (2007), he built a temporary auditorium in the Italian city. He also built emergency housing for Brad Pitt’s Make it Right Foundation after the passage of Hurricane Katrina. 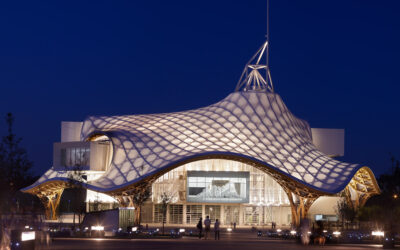 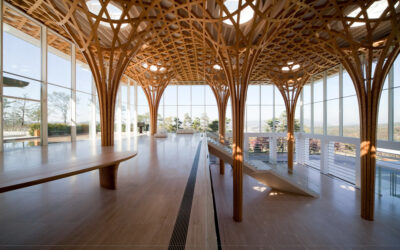 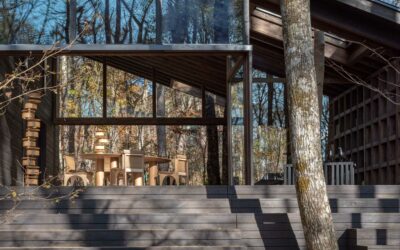